Ditching the windy city for a day at the beach sounds like a no brainer, doesn’t it? Escaping the city to help out on a medical mission in a small village, by the beach – think again. Yes, there will be plenty of sunshine, you seem convinced. Here we go:

After a two hour ride with the A/C on full blast, the mandatory ice cream stop is the cue to take your sweater off – you won’t be needing that anymore. It’s 9:30 AM and our Jeep pulls up infront of the only medical clinic in miles. We walk in and are saluted by complete silence, there are no permanent doctors here. A makeshift sign indicating that we’ll be performing free check ups is strategically placed by the speedbumps on the roadside. The first few people filter in and out, it’s a slow morning. Dehydration is common amongst the villagers, I know this because my wrist is about to be dislocated from wiping the beads of sweat off of my forehead. It’s all worth it though, I say to myself.

Car tires screech infront of the clinic and a man bustles in, carrying his 7 year old son. The screams of agony echo off the dusty walls as the mother anxiously explains how her son poured a pot of boiling water onto his chest, he wanted a cup of coffee. She uses her hands more than her voice. The paramedics take over in the blink of an eye: plenty of cold water, some sort of cream and ketamine. It turns out the boy also has a really serious cut on his finger, another unfortunate kitchen incident, his parents explain. A few stitches and a few more patients. I can’t help but stare at the vacant look on the boy’s face. At least he’s not in pain anymore. “We’re leaving soon”, somebody idly comments.

The clinic nurse turns and proceeds to tell me about something troubling her. She uses a soft voice and fidgets with her hands a lot. I can tell she’s holding back the tears, despite her calm composure. “We think a bad spirit has posessed my aunt”, the nurse’s voice cracks, “She hasn’t eaten in weeks and mumbles all day long”. I politely ask the nurse if there’s a chance her aunt can stop by the clinic for a check up, she shakes her head and tells me that her aunt isn’t in the condition to row a boat. I understand, but grow increasingly concerned. I rush over to one of the paramedics and explain the situation. Soon enough, we’re closing the doors and boarding the world’s most unstable wooden boat; defibrillator, camera and all. The sun poises itself above the mangrove trees, but it won’t stick around much longer. With jittery movements we manage to advance through the swamp. It smells like public toilet at 3:00 AM. “Where on earth did I manage to end up”, I ask myself, “And why would anybody ever want to live out here?”.

Our boat reaches a clearing in the mangrove forest and I raise my eyes to find the most breathtaking sky above. Watercolor pinks, burnt sienna and ginger brushstrokes compliment the stratocumulus clouds that blanket the setting sun, perfectly reflected in the motionless water below. We step out of the boat and continue our journey through the calf high muddy water, by foot. A fifteen minute walk later we reach what looks like a chain of islands. Each island has one or two huts perched on top of them. The whole setting is unreal, I’ve never seen a place quite like this. I spot a tree full of chickens. The tree has a ladder they use to climb up and down.

The nurse leads the way and rushes in to her aunt’s house. The paramedics sort everything out while I engage in a serious battle against the mosquito army. The nurse’s aunt lies in her bed, consumed by her epilepsy meds. Apparently she’s had a stroke. I’m informed that no one really knows whether she has epilepsy or not, but the medication seems to keep her from running off into the water. The paramedics hook her up to an IV and let her rest. The evening turns into pleasant conversations with the family members on the island and I’m surprised by their caring and non judgmental nature. Anecdote after anecdote, I begin to comprehend that life here on the swamp islands is the purest form of love, beauty and harmony that I’ve ever encountered. “Why doesn’t everybody live out here?”, I wonder, as we retreat through the dark waters, guided by the swell moon and a million stars. “I’ll be back soon”, I whisper to the fireflies dancing around me, “I promise”. 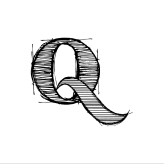